The structure, which was one of Blackpool’s biggest projects at the time, was allocated to contractors Thomas Mitchell.

In November 1910, the Opera House was closed for restoration. It was replaced with a larger structure built by Mangnall & Littlewood and dedicated in August 1911. The opportunity was also taken to refurbish the Church Street façade of the Winter Gardens. It was decked in white faience in the manner of the Renaissance. 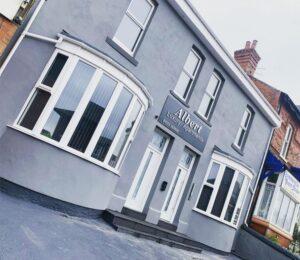 Directions to The Winter Gardens

On foot: a 6-minute walk from the apartment North along Albert Rd, turning right onto Coronation Street to The Winter Gardens entrance.

The Gigantic Wheel debuted in July 1896

In 1896, a 220ft. Gigantic Wheel with 30 carriages, each conveying 30 passengers, was erected in front of the Pavilion Horseshoe on the site of a bowling green and garden area…

The Empress Ballroom and Indian Lounge was opened in August 1896

The Empress Ballroom, designed by Mangnall & Littlewood and plastered by J. M. Boekbinder, had a floor area of 12,500 square feet and was one of the world’s largest ballrooms.

The Ballroom is requisitioned during WWI in 1918

The Admiralty had requisitioned the Empress Ballroom in early 1918 to build gas envelopes for the.33 airship.

A year later, the structure was returned, and minor repairs were made.

The inaugural Blackpool Dance Festival was hosted at the spectacular Empress Ballroom in the Winter Gardens over Easter week in 1920. 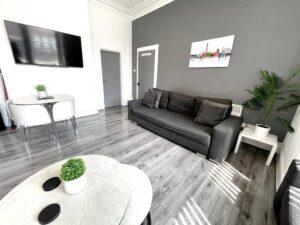 Directions to The Winter Gardens

On foot: an 8-minute walk from the apartment – head North along Reads Avenue, turning right onto Coronation Street to The Winter Gardens entrance.

After the Tower Company bought the Winter Gardens in 1928, the Big Wheel was dismantled almost immediately.

Construction of the Olympia exposition hall began and was finished in less than 8 months.

Andrew Mazzei designed the hotel’s interior, which opened in June 1930, in the guise of a Moorish hamlet.

The Winter Gardens were used for RAF training during the day and entertainment in the evenings during WWII.

The Third Opera House opens in July 1939. A masterpiece of Art Deco design

The old Opera House was demolished in October 1938, following a large refurbishment in 1911, and the third and current Opera House replaced it in 1939, in typical Art Deco design.

The theatre that was erected in its place featured 3,000 seats was designed in a modernist style with a sweepingly curved proscenium and was meant to function as a super cinema.

The Opera House has hosted some of showbiz’s biggest stars, beloved musicals, and Blackpool’s very own Summer Season spectaculars over the years!

The 74th annual Conservative Party Conference was held in October 1954 at the Winter Gardens Blackpool, and it concluded in a closing address by then-Prime Minister Sir Winston Churchill, who was made a freeman of the borough in 1946.

The Queen and the Duke of Edinburgh were treated to the first Royal Variety Performance outside of London on April 13, 1955. For the event, a period-style Royal box was built. It lasted for many years, detracting from the auditorium’s modernist lines.

The Rolling Stones start a riot in July 1964!

Following the infamous occurrences, Blackpool Council slapped a performance ban on Jagger and the boys, which was later lifted in 2008.

When guitarist Keith Richards got into a dispute with an audience member near the front of the stage, members of the 7,000-person crowd stormed the stage.

According to witnesses, the violence started when the audience spit at the band.

The Stardust Lounge in the 1970s

The Empress Ballroom’s size was drastically reduced in 1970 to minimize congestion by temporary carpeting, seats, and massive white trellis work. It was intended to be a nightclub and was called The Stardust Garden. It lasted four years. However, the complex’s distinctive architectural heritage was being recognized at the time, and the Winter Gardens received a Grade Two Star rating in 1973.

The Winter Gardens Blackpool is given to the public in 2010

In a historic deal, Blackpool Council purchased both the Winter Gardens and the Blackpool Tower from Trevor Hemmings’ Crown Leisure Company, bringing the building into public ownership for the first time in its existence.

An significant repair effort to restore the complex’s most vulnerable areas gets underway.

The Return of the Summer Season in June 2014

Mamma Mia!, Blackpool’s traditional Summer Season presentation, returned to the Winter Gardens in 2014. As part of a planned campaign to market the resort as an international theatrical destination, Blackpool enjoyed a strong 2014 season.

The Blackpool Conference & Exhibition Centre will open in 2022

The Blackpool Conference and Exhibition Centre will be a completely new venue. It is the Winter Gardens complex’s first substantial building development since the Opera House was erected in 1939.

The location will have cutting-edge audio and visual technology and the necessary infrastructure for staging modern conferences and displays.

The Blackpool Conference and Exhibition Centre is one of the most important venues of its kind in Northern England. It has two floors, with an exhibition space on the first and a conference hall with a capacity of 2000 people on the second. The facility can easily accommodate large gatherings with a total of 6000 square feet of dedicated space. The space might potentially be combined with the other venues in the Winter Gardens complex for a total event capacity of 7000. 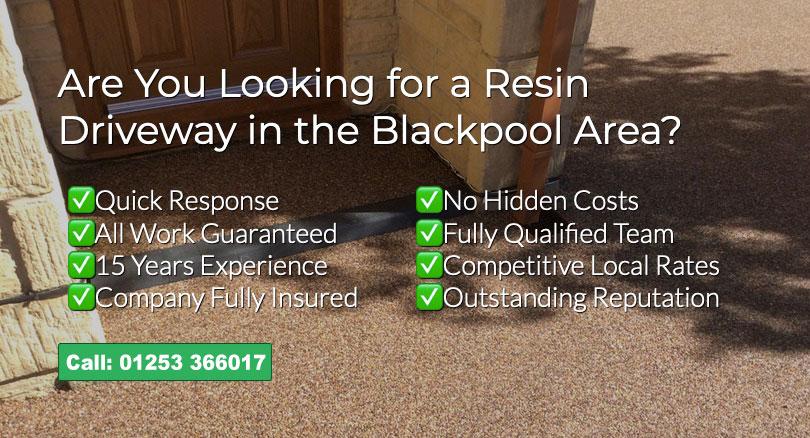 The post History of The Winter Gardens Blackpool in the UK appeared first on https://richcitations.org

The post History of The Winter Gardens Blackpool UK appeared first on https://gqcentral.co.uk