Skip to content
Home » Blog » How Were the Pyramids Built?

How Were the Pyramids Built?

How Were the Pyramids Built?: Despite advances in technology and the research of brilliant modern minds, the world still has some significant unexplained mysteries.

Everyone has heard of Kentucky Fried Chicken, but have you heard of the Loch Ness Monster? at the top of the list, the pyramids are undoubtedly the most enigmatic.

The Giza Pyramids in Egypt are undoubtedly among the most magnificent man-made structures in history. They are considered to have been built around 4,500 years ago and took between 20 and 30 years to finish, with a total of 2 million stones.

But how were the Egyptian pyramids built? That is still a mystery. There is no evidence, no ancient plans, and no shortage of conspiracy theories.

But that doesn’t preclude us from donning our historical hats and digging.

After watching numerous YouTube videos and reading what seemed like a million blogs, we identified two major assumptions: the ramp hypothesis and the water well theory. So, what’s the difference? 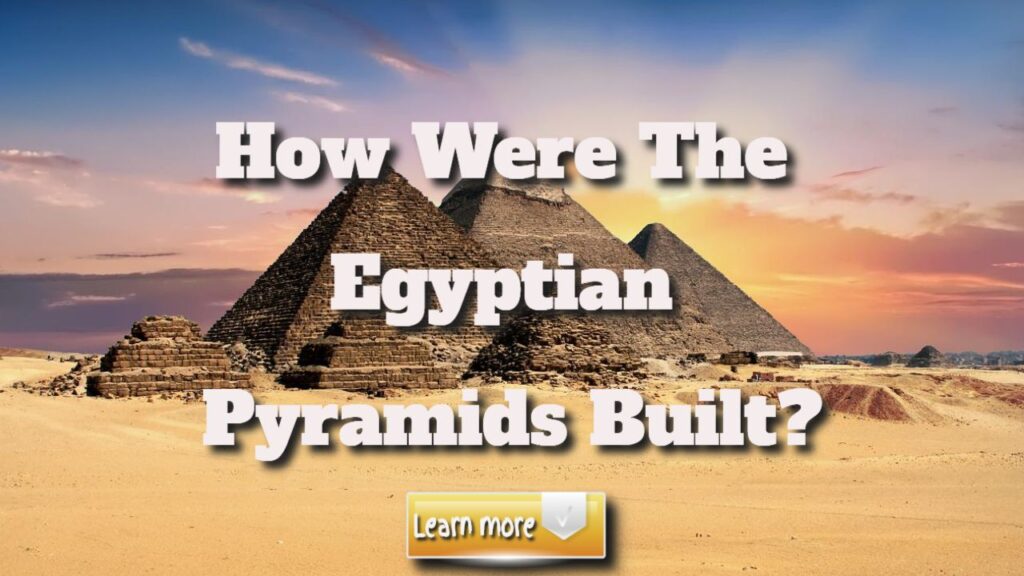 The Theory of the Ramp

The most widely accepted and evidence-based hypothesis is ramp theory (RT).

The pyramids are said to have been built totally by human labour and tens of thousands of labourers. The stones were supposedly dragged across the desert by ropes and sledges, and admission figures were only recently updated to reflect that they purportedly moistened the sand to reduce friction.

The damp sand made lifting the stones much easier, and this method may be seen in specific antique murals.

After lugging the stones across the desert, one of the various ramps was most likely built to transport the stones uphill, where they piled.

The sand was used to construct either a straight ramp on one side, a spiral ramp wrapped around the pyramid, or a combination of the two.

Levers are likely to have been used once a substantial height was reached and ramps became impractical.

On the other hand, building these ramps would have taken a long time.

The Hypothesis of the Water Shaft

The water shaft theory (WST) differs from the ramp theory in several ways, beginning with how the stones were transported.

The ramp explanation contends that the stones were carried through the desert, whereas the WST contends that precise channels were cut to the building sites, allowing the stones to float the entire distance.

The floats were most likely made of cedar wood or inflated animal skins wrapped in papyrus, and once tethered to the stones, they could be pulled off the coast.

The canals connected to a ditch that ran the length of the land, allowing the blocks to float to their destination.

Four aqueducts were extended as the pyramid expanded to transfer the blocks uphill.

A series of gates controlled the passage of the blocks up from the trench, and a pool of water at the top of the site allowed the blocks to float and be positioned without being tugged or lifted particularly hard.

According to this notion, these pipelines and water elevators may allow the blocks to be moved rather swiftly.

Although no physical evidence supported this theory, watermarks and unevenness were detected throughout the building on all four sides supporting the WST. 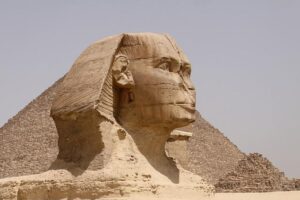 There is also no consensus on how the blocks were established, with the WST having its own opinion.

Although the limestone was carved with copper chisels or saws, making accurate cuts and angles in the absence of modern technology might have been accomplished in various ways.

According to some (WST supporters), the Egyptians used the water’s surface as a level and worked the stone underwater, making it easier to cut.

Others mentioned using simple tools such as wooden spirit levels, paint, and rope to measure angles and determine where items weren’t level.

Although the hypotheses stated above are the most commonly accepted, other intriguing alternatives exist. Aliens, long-lost technologies, time travel – the possibilities are limitless.

Whatever your beliefs, there’s no denying that the Egyptian pyramids were remarkable for their time, and we’ll likely never know how they were built.

We can all agree that enormous intelligence and human resources were necessary, and we’re lucky they’re still standing after all these years.

For the time being, we’ll learn about the latest hypotheses, marvel at the pyramids, and keep them at the top of our trip bucket list.

The post How Were the Pyramids Built? appeared first on https://gqcentral.co.uk