Skip to content
Home » Blog » Medical Malpractice: Failure To Diagnose Cancer 101
Medical Malpractice: Failure To Diagnose Cancer 101: Claimants in the United States who have been harmed as a result of medical negligence can seek compensation primarily via the Medical Malpractice Compensation System. Numerous issues afflict the existing system. There are several reasons for this, including the difficulty to anticipate the outcome, the high expense, and the potential impact on patient access to care. Rather than making major changes, such as moving to no-fault compensation, numerous government-sponsored demonstration projects are aiming to alter the system for the time being.

Baker[1] recently analysed the liability records of almost 8,401 radiologists. By the time they reach the age of 60, one in every two radiologists in the United States will have been involved in a medical negligence lawsuit. Additionally, recent research have found that failure to detect breast cancer is the most often asserted malpractice claim. Allegations of failure to identify lung cancer are common, particularly among chest radiologists. Earlier publications and expert comments have cautioned about potential risk management issues associated with the transmission of results and ensuring that radiologist-recommended follow-up is provided in addition to the diagnostic process.” [3]

When a family member or friend is diagnosed with cancer, the news can be devastating. Early detection, like with any disease, is important in the battle against cancer. If a tumour is not detected early enough or is neglected for a lengthy period of time by doctors, a patient may face significant repercussions. Waiting might result in increased problems, pain, and even death. It is well established that early diagnosis greatly improves a patient’s chances of survival. By delaying diagnosis, the tumour has a larger potential of metastasizing to other vital organs, significantly decreasing the patient’s odds of survival.

WHAT IS FAILURE TO DIAGNOSE CRUCIAL CANCER 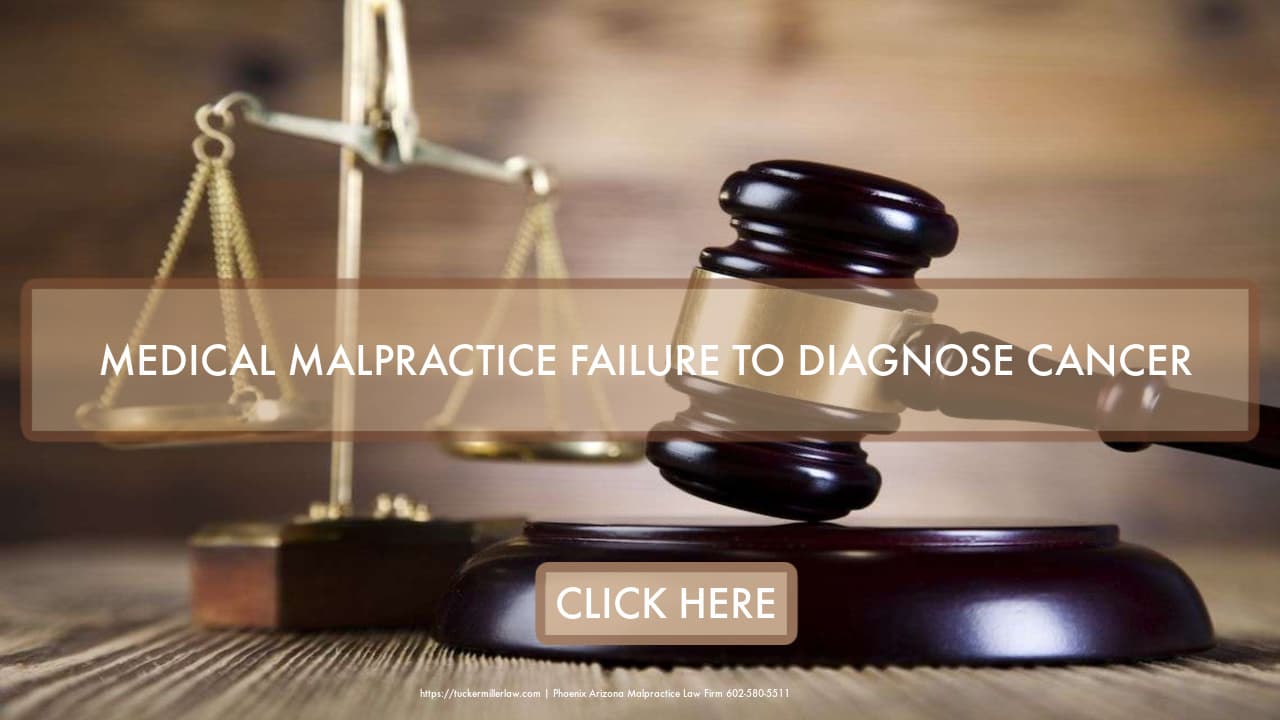 Failure to diagnose and treat cancer in a patient is a legal term. Undiagnosed patients frequently exhibit cancer indications and symptoms that should have been evaluated. Numerous people will suffer grave consequences if they are not identified.

Medical advancements have improved the effectiveness of cancer treatment, particularly when it is discovered early. Without early detection and treatment, the prognosis for cancer might be significantly different. As previously said, early detection and therapy are critical for successful cancer treatment and, in some circumstances, cure. Failure to identify cancer on time might result in people missing key moments when therapy is most effective. A lawsuit may be filed to get compensation for cancer patients who were misdiagnosed or never diagnosed at all.

When a physician fails to diagnose or misdiagnoses a patient, this is referred to as medical malpractice. Failure to diagnose life-threatening illnesses such as cancer early enough can have catastrophic effects. Certain types of cancer are curable early on, but therapy gets more difficult as the disease progresses.

Doctors make diagnosis based on their patients’ symptoms. The vast majority of doctors are capable of making a differential diagnosis. The doctor will develop a list of probable diagnosis based on the patient’s symptoms. Following that, they assign a probability score to each, with higher values suggesting a greater chance. Failure to identify the risk of cancer or to conduct the necessary tests to detect it is considered medical negligence and results in a delayed cancer diagnosis.

Each case carries the risk of misdiagnosis or failure to diagnose due to the case’s unique characteristics. Doctors may be held responsible for failing to identify patients with obvious symptoms or signs. Medical professionals’ misconceptions regarding cancer regularly contribute to it. Regrettably, many malignancies do not manifest symptoms until late in the disease’s course. Occasionally, the patient may exhibit no signs or symptoms at all. An attorney might use the term “failure to diagnose” to refer to a doctor who treated a patient but failed to diagnose cancer. 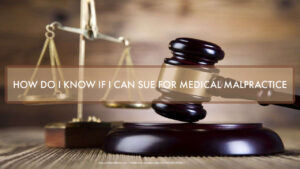 Doctors can discover certain types of cancer early with the use of screening tools. Patients carry a portion of the responsibility load. Patients should notify their doctor immediately if they discover any lumps, especially if they believe the tumour is malignant. Patients may receive insufficient care if screening tests are not conducted properly.

Due to the high cost of some procedures, like as biopsies and mammograms, doctors may refuse to do them without a patient’s consent or knowledge regarding lumps. A doctor’s chances of identifying a cure for a patient are diminished if no differential diagnosis is done or hypotheses are explored. As a result, the risk of cancer spreading or needing more intensive therapy may also increase.

In some instances, doctors order the appropriate tests, but a radiologist or pathologist is negligent in interpreting the data, leaving the eye out. If a radiologist reads a tumour image incorrectly, he or she may miss malignancy detection. If a pathologist makes a mistake in the laboratory, the final test may reveal no indication of cancer.

You may rest confident that if you find yourself in this scenario, you can file a claim for medical negligence.

Cancer sufferers who have experienced injury as a result of a missing or delayed cancer diagnosis may seek compensation on their own behalf or on behalf of a family member. Each component of the case must satisfy a majority of the evidence requirement. It is your responsibility to persuade your Syracuse attorney that the information you are supplying is true.

The majority of cases involving causality and established medical standards of care require the testimony of an expert witness. The defendant’s side may retain an expert witness to examine your doctor’s treatment plan. Proving that a doctor misdiagnosed your cancer may be challenging.

EXAMPLES OF COMMON CAUSES OF FAILURE TO DIAGNOSE CANCER:

The following are a few examples of when a doctor misdiagnosed cancer as a result of a false test result:

During regular mammography, a patient’s concerning breast lesion is detected. However, the doctor omits further tests to establish whether it is cancerous.
According to the findings of a blood test, a patient’s protein levels may be abnormally high. Tumors, particularly those that are malignant, may be to fault. On the other hand, the doctor refuses to investigate the cause of the increased protein levels.

One patient’s symptoms indicate to colorectal cancer. The doctor will note one or two symptoms in order to establish a diagnosis and will disregard all others, including those that might be early cancer signs.

We handle a wide variety of medical negligence cases, including misdiagnoses and cancer diagnoses.

Patients with advanced cancer, that is, cancer that has progressed or metastasized, require an accurate cancer diagnosis. These are more complicated cases to resolve. If cancer has progressed to an advanced stage, chemotherapy and surgery may be required. Advanced cancer stages need a more aggressive treatment strategy, which may result in increased pain and suffering, as well as a decrease in the patient’s quality of life.

A malpractice lawsuit is filed by a patient who argues that they were injured as a result of improper medical care. Medical malpractice arises when a practitioner fails to adhere to a reasonable standard of care. You have breached your duty to the patient.

When someone is harmed as a result of another’s negligence, liability may arise. A typical radiology claim involves interpreting radiographs incorrectly, resulting in a mistake or failure to diagnose. Misdiagnosis may be deemed carelessness in the context of medical concerns.

Medical negligence lawsuits are classified into three types: misdiagnoses, complications, and additional problems. According to research conducted by Dr Mary Hamer and colleagues, the most prevalent claim category is misdiagnosis, accounting for 67% of all claims, followed by failure to diagnose malignancy, accounting for 30% of all claims. Chest radiographs failed to identify lung cancer in some cases, whereas barium enema tests failed to detect colon carcinomas in others.

This group earns a median annual salary of $162,000 per year. Payments average between $2,500 and $6,500. Only 13% of fractures or dislocations, on the other hand, were misdiagnosed. Complications from angiography were the most frequently reported claim type, accounting for 14% of all claims. According to the data, complications result in a $217,000 payment (median). The most often asserted claim was that a patient failed to tell a physician of critical information in a timely manner, which came under the third category of claims (9 percent). 82 percent of participants are from radiology departments and radiologists, whereas 18 percent are non-radiologists responsible for the interpretation of radiologic data.

Patients should get competent care, which includes an accurate evaluation of their health and a treatment plan suited to their specific requirements, according to medical malpractice regulations. Under medical malpractice law, patients who receive erroneous diagnoses are reimbursed.

Patients must establish three elements before suing a hospital for medical malpractice if they have been misdiagnosed or failed to diagnose.

At the time of the alleged error, a doctor-patient relationship existed.
The doctor’s error erred on the side of carelessness.
There was negligence, and as a result, the patient was wounded.

NEGLIGENCE IN FAILURE TO DIAGNOSE:

Inability to diagnose, in the context of malpractice claims, refers to a physician’s failure to correctly diagnose and treat a patient’s concerns. Negligence is defined as the failure to provide an adequate level of attention and care to a patient. It occurs when a physician is unable to make an accurate cancer diagnosis owing to a lack of knowledge or resources.

The court will analyse this doctor’s behaviour to determine if they were negligent in neglecting to diagnose the patient. The anticipated standard of care refers to the treatment that each patient is expected to get based on their illness. It is meant to be determined by consultation with other physicians with comparable training and experience. If a physician’s actions fall short of industry norms, the physician may be held responsible for negligence.

DEATH FROM FAILURE TO DIAGNOSE:

Due to the patient’s advanced stage of cancer, he or she may have missed an opportunity to be totally cured. In some circumstances, therapy may be administered to alleviate symptoms and improve the patient’s quality of life while the patient is still alive. Without a diagnosis of cancer, the patient will die.

INVESTIGATION OF FAILURE TO DIAGNOSE:

Patients with cancer who have been misdiagnosed by their original physician usually learn about the error through a second opinion. Patients should seek a second opinion if their symptoms do not correspond to their doctor’s treatment plan or diagnosis. A correct diagnosis can only be determined if the patient gets a second opinion. If cancer sufferers feel they have the condition, they should counsel an attorney about their legal options.

Dissatisfied people may sue their doctor for medical negligence if their cancer was not detected in time or if a loved one died as a result of it.

Typically, a lawsuit is filed against the doctor or hospital responsible for the patient’s delayed diagnosis.

Manufacturers of substandard technology may be held responsible in certain circumstances.

SHOULD MY DOCTOR HAVE DIAGNOSED ME SOONER?

Occasionally, if you had not visited a doctor, your cancer might not have been identified and treated sooner. Patients may present with recognised symptoms in other instances, but clinicians may not have performed the necessary testing.

Each year, thousands of individuals die of cancer-related causes because the appropriate tests were not done or the results were misunderstood.

Kindly contact us if you would want to learn more about cancer misdiagnosis claims.

If you feel you or a loved one has been given an incorrect diagnosis, contact Tucker & Miller immediately at 602-870-5511.

You will not be charged for the legal advice.

[5] Berlin LM. Failure of radiologic communication: an increasing cause of malpractice litigation and harm to patients. Appl Radiol. Available at: http://www.appliedradiology.com/Issues/2010/01/Articles/Failure-of-radiologic-communication%13An-increasing-cause-of-malpractice-litigation-and-harm-to-patients.aspx